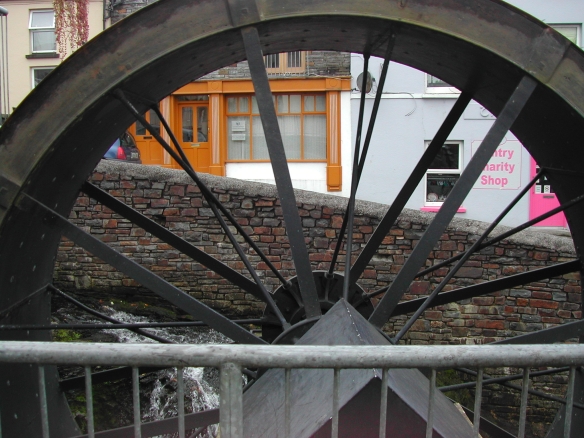 To paraphrase the Electric Light Orchestra, the big wheel keeps on turning. But before 2015 winds down and 2016 rattles into view, I thought I’d reflect on the old year with a stock-take of new experiences I have notched up since January 1. This may not be a long list, as life tends to solidify into routine when you pass 40 unless it doesn’t, and fresh experiences are rarer. This also makes them more cherishable.

For the record, these are my cultural roundups of the year, now patted into shape after a few last-minute additions, the incorrigible bean-counter that I am.

I didn’t do the year in theatre or gigs as I didn’t step foot inside a theatre in 2015, and only attended one live show, albeit a splendid one, and a new experience, so let’s start there.

That’s it for the new. It’s already old, so let’s throw it out with the neither new nor old. I’ve totted it up and I saw 140 films in 2015 that I hadn’t seen before, of which 97 were released in 2015. Nothing to trouble Mark Kermode but I pay to the go to the cinema and he doesn’t have to. And in any case, that’s quite a bit of new. I’ve also started to try and pronounce the word “new” properly, having noticed that it still comes out as the flat Northamptonian “noo” on the radio, when I prefer to to hear it exit my lips to rhyme with “phew”. Just goes to show that, even at 50, you’re not finished yet, and there’s more to do, things to improve and refine. I’ve blogged only intermittently this year, but not through want of things that enrage and engage me. May things do both once again in the new year. I am definitely getting more left wing as I get older, which I wholeheartedly welcome. 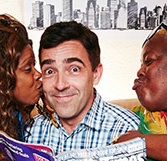 I thought it time to publish my entire, exclusive, self-taken portfolio of Gogglebox portraits, which I collected on my Grand Tour, this spring, while writing Gogglebook: The Wit & Wisdom Of Gogglebox (Macmillan, £16.99 hardback, but cheaper if you order via Hive and support your local bookshop here). They are not, technically, selfies, but I took them myself, using what used to be known as a camera, and its “self timer” feature. I tried to stand my camera as close as possible to where the camera usually is when Gogglebox is being filmed. (Insight: at the Malones’ house in Manchester, I was invited to stand it on the box containing their dog Joe’s ashes – “Joe won’t mind,” Julie assured me.)

And then I inserted myself, Zelig style, into the frame. The results are mixed, artistically, but all record a unique, near-religious pilgrimage, which began at the Tappers’ in North London on April 26, and ended at the Michaels’ in Brighton on May 26. That represents a packed month of my life, and one I shall never forget. I calculated that I covered 1,942 miles as I zig-zagged from Nottinghamshire to Merseyside to Yorkshire to Derbyshire to Lancashire to Wiltshire to Greater London again and Sussex. It was achieved in a number of legs and took military planning. Not a single household let me down. (Except Steph and Dom, whose guest house I was unable to visit, due to their extra-curricular schedule.)

I hope you like the book. You have to be a Gogglebox fan to fully appreciate it, but if you are, there are delights both nostalgic and new within its covers, and the illustrations by Quinton Winter are phenomenal.

Here are the portraits, presented in the order in which they were taken. 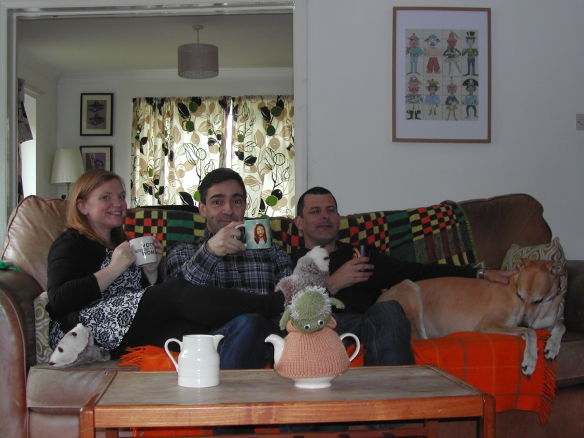 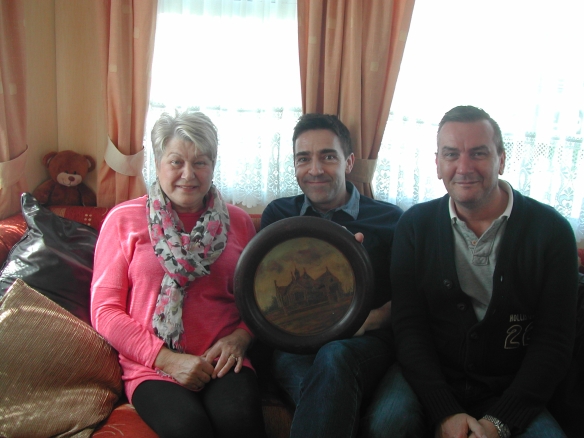 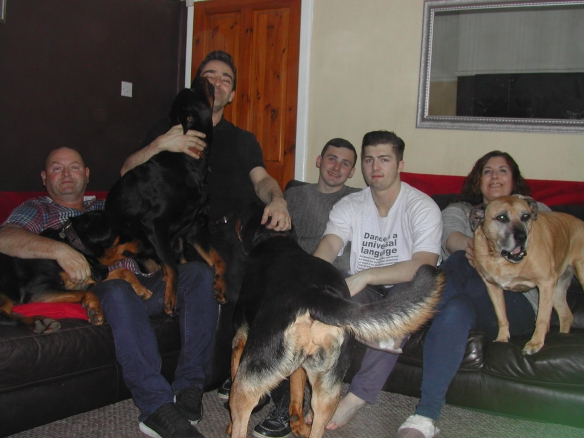 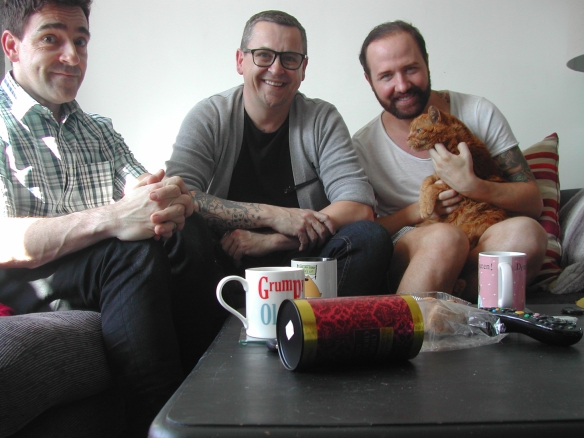 What a rare and lovely month it was. I shall never forget it.

The little pic of me surrounded by Sandy and Sandra was taken by professional photographer Nicky Johnston for Radio Times.