Bruce Forsyth: an appreciation written for, but not used by, the Guardian

The melodramatic phrase, “We may never see his like again,” is overused. But in this case, we have a pressing question on our hands: who will ever fill the shoes of Bruce Forsyth?

Always light on his dancer’s feet, he was the very definition of the beloved entertainer. An all-rounder, a song-and-dance man, a music-hall act (the Mighty Atom) at 14, a concert party natural during the war and a dogged veteran of summer season, club bill and panto until the London Palladium beckoned, and thereafter a household name who was barely off our TV screens for six decades. He could sing, he could tap, he could tell jokes, he could almost act (people forget that he took over Leonard Rossiter’s starring role in Thames TV’s supermarket-set sitcom Tripper’s Day in 1986, the Trollied of its time), but much more than this, he could host.

When, in 2012, “Brucie” entered the Guinness Book of Records for having the longest career of any male TV entertainer – with, at the time, only former Golden Girl Betty White to beat to the all-gender title – we were reminded that his first appearance on the box was in 1939 at London’s Radiolympia exhibition when he was 11 years old, doing the old soft-shoe on what might be considered an early draft of The X-Factor, Come and Be Televised.

The footage may be long lost, but we know that Bruce Joseph Forsyth-Johnson came and was televised. And we can assume that television liked him, because it kept on televising him until his octogenarian appearances on Strictly were the butt of a thousand affectionate jokes. (He was quipping self-effacingly about being “doddery” as far back as series six, when he was a sapling of 80.) 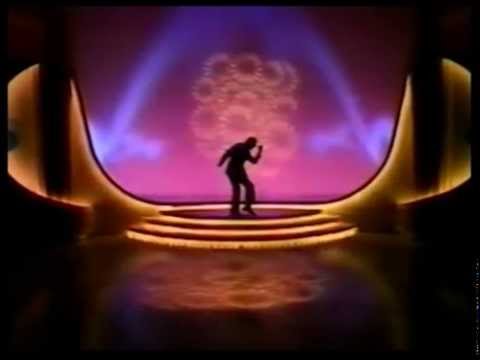 Like one of those sweet granddads you see on local TV news who are still stacking shelves in B&Q with no intention of retiring, Bruce lived to work. (He even described his other passion, golf, as “masochistic”.) He was the kind of entertainer who, if he broke into a spontaneous verse of It’s Impossible and nobody heard, may as well have not have broken into it at all.

Those of my generation grew up with him. Too young for his first peak of TV ubiquity at the helm of Sunday Night at The London Palladium in the late 50s/early 60s (and, more pertinently, as adept crowd marshal of its frantic game show Beat the Clock), we clasped him to our collective bosom during his second wind at the helm of Bruce Forsyth and the Generation Game in the 70s, his household name already in the title.

The announcer called it “family fun”, and its selling point was to bring parent and sibling generations together to compete in games of guesswork, memory, vocational karaoke and physical humiliation. It’s hard to think of a more effective familial glue than the weekly edition at 6.30 on a Saturday evening. A grinning, avuncular natural with the public at a time when the public were tongue-tied and shy, he would look askance to camera or grimace offstage, saying, “We’ve got a right one here!” or “Where do you find them?” without losing a single passenger. (I remember one young contestant in less than formal attire being greeted with the off-the-cuff remark, “Did you come here on your skateboard?”)

In the 1973 Christmas special that Generation Game staple the amateur-dramatic finale featured Frankie Howerd in Cinderella. Soaking up the studio applause on his entrance, he gestures back at Bruce, playing Buttons, and says, “Isn’t he looking old these days? No wonder they call it Snow White.” Bruce was 45, but his fuzzy mutton chops were already more salt than pepper and his fringe was well on its way over the crest of the hill. I wasn’t alone in thinking of him as an older man in the 70s than he was in the 90s.

Although the descriptive tramline wrinkles multiplied around his eyes and smile, and a moustache added gravitas, by the time he was hosting ITV’s You Bet in the late 80s, the hair was darkened and combed forward. His toupée was entertainment’s worst-kept secret, but Brucie would bristle if interviewers brought it up. He looked a lot better with it than before it.

Poached from the BBC by ITV in the late 70s, it didn’t matter which of those two impostors had him under contract, as he always took his catchphrases with him for continuity. Whether fronting the irresistible call-and-response of Play Your Cards Right or ill-advised, voice-activated rounds of computer tennis on Bruce’s Big Night, it was always nice to see him, to see him nice. (Big Night was a rare lapse of judgement in that 76-year career, an act of network hubris that saw him take over the whole of Saturday night in the winter of discontent in 1978 and get beaten in the ratings by The Generation Game under new host Larry Grayson.)

In 1997, the year he joined the hallowed ranks of Kenneth Williams, Billy Connolly and Peter Ustinov with his own An Audience With … for LWT, he told an interviewer, “I feel death coming nearer.”

Of the all-rounders, he even outlived Ronnie Corbett. If not for Ken Dodd, he would have been the last family entertainer standing from that concert-party generation who earned their spurs on the club circuit and built empires around themselves in the voracious vacuum of telly in the 60s and 70s. But as the next wave came – Cannon & Ball, Jim Davidson, Little & Large – their forebears proved remarkably resistant and only premature death (or in Mike Yarwood’s case stage fright and alcoholism) removed them from the stage on Saturday nights.

Retiring in 2015 but never shy, Brucie ended his record-breaking career in a massive Saturday teatime blockbuster, still twinkling, still soft-shoeing, still grimacing offstage; he was surely the most resilient of them all. We had a right one here. As for a replacement in all of the fields in which Forsyth excelled – where do you find them?