I have been around for over half a century. I have lived through politically uncertain times. I have lived through politically unstable regimes. I have always felt fortunate not to have lived through the Cuban Missile Crisis, as my parents did as young newlyweds, but I have in childhood and adulthood lived through times of war, pestilence, civil unrest, nuclear brinkmanship, unfavourable election results, betrayal, disappointment, fear, anger, riots, rebellions and a deep, deep sense of the futility of resistance. I’ve voted. I’ve demonstrated. I’ve boycotted. I’ve signed petitions. I’ve marched. I’ve woken up to seismic events that have felt fundamentally outside of my control and experienced powerlessness on an existential scale. With the years, I’ve grown used to lies and scandal and incompetence and greed from the political class, and some days I feel as if the hope has been knocked out of me for good. But I’ve never felt as anxious and depressed about the state of geopolitics as I do today. To stick my fingers in my ears and go “la-la-la-la-la-la” is a constant craving. And that’s not like me at all. 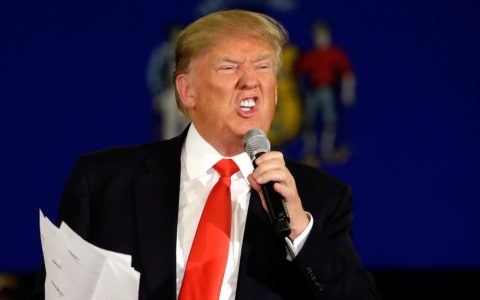 I wake up every morning with what feels like a rock in my stomach, fearful to log on or turn on the TV. As it happens, this morning, nothing especially bad had happened overnight. President Trump’s National Security Adviser General (retired) Michael T. Flynn, who was forced to retire again after 24 days in the post, is now the subject of a damage limitation exercise designed to blame the leak that exposed his misdemeanours on staff of the outgoing Obama administration. Trump himself has remained uncharacteristically quiet on the issue, perhaps because it reflects so poorly on his choices, or the choices made on his behalf; while counsellor Kellyanne Conway continues to age at a rate of a year a day due to the existential stress of having to constantly lie her way out of a lie.

It’s not just Trump who causes anxiety, with his baby-like disposition and fundamental failure to join the dots between one CAPS LOCK promise/threat and its direct consequences, preferring instead to make a thumbs-up gesture and yell “FAKE NEWS!” at anything that does not please him; it’s the white supremacists he surrounds himself with: predominantly clueless about what it means to take public office and speak oaths but determined to “destroy the state” (Steve Bannon’s words, not mine) from within. I never did understand the Republican desire to be in government and then shrink the government, but I assumed it was a plan based on shrinking its regulatory authority and public spending while keeping the same number of snouts in the trough, except with less of the boring stuff to actually do. It is this boring stuff, I hope, that will eventually bring Trump down – ironically, from within.

The fact that Trump won the presidency but lost the popular vote, just like his nearest antecedent George W. Bush, clearly niggles at him like a tiny woodpecker permanently poised on his ear and tap-tap-tap-tap-tap-tap-tap-tapping away at his planet-sized ego. We have never before witnessed a man so ill-suited to presidential office. Criticising anyone about their appearance, or their dress sense, or the state of their face, would be cruel and shallow ordinarily. But, as with Bannon, he wears his dark soul on the outside. (Spicer, Conway, DeVos, Priebus, these are straw people by comparison.) Mocking Trump’s elaborate racetrack of hair, or his incompetently and incompletely applied spray-tan (with those goggle marks making his eyes seem ever more like two squashed figs), is childish, and boring. But when the man beneath that haircut and behind those figs is such a negative, uncontrollable and dangerous force, knowing that he has one of the worst haircuts in the world offers a tiny glimmer of respite from all the damage he may wreak in his first 100 days. (This honeymoon period ends in April. I can’t even imagine that far into the future.)

He won 304 electoral votes, to Hillary Clinton’s 227, and that is a victory. That he mobilised the country’s disaffected is surely without argument. That he did so by not being “a politician”, and by being perceived, thanks to television and banner headlines, as a “successful businessman” (which was “just what this country needed”, we were told time and again by the braying, baseball-capped faithful) is also an empirical fact. In many ways, mainstream politics lost the 2016 US Election. The Democrats certainly lost it as much as the Republicans won it – not least because Trump wasn’t even popular among his own party and Tweeted his way directly to the heart of certain sections of the electorate. Everything about him that I hated while he yelled his way into pole position as the Republican candidate – altogether now: his misogyny, his xenophobia, his vanity, his crudity, his creepiness, his Addams family, his hand gestures – I hate about him still. But an unpredictability  seems to have replaced a predictability, and that’s terrifying. There seems, at present, nothing he can do to put off those he affected to represent, but who, in real life, he’d run down rather than speak to.

I was terrified of George W. Bush, too. I knew him to be a dimwit, and a puppet, and unstatesmanlike, and he didn’t know anything about the wider world, which he had rarely visited. (Trump had certainly travelled further before becoming president, but mainly to inspect real estate that would clearly look classier with his name on.) Bush was the pliant, lazy mouthpiece for committed Neocons with far more interest in ideological politics and the New American Century – he did their bidding and went to play golf – and in many ways that was paradise compared to what we’ve ended up with now. It does not bear imagining what Trump would have done if Saudi terrorists had flown two planes into two large towers in New York in 2001. 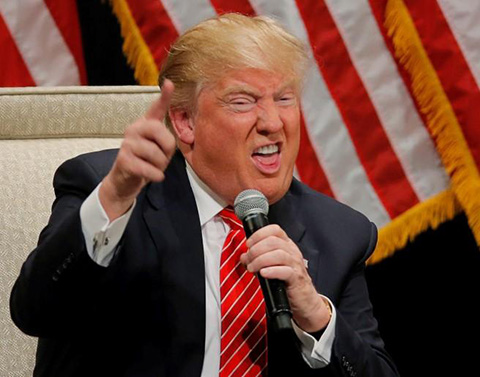 Actually, I wake up every morning with two large rocks in my stomach. The other has been there longer, since the result of the Brexit referendum. I admit I thought Remain had that one in the bag, and went to bed on the night of June 23 quietly confident that common sense would prevail. I was wrong. I had underestimated people’s hatred of “politicians” and “immigrants”. It’s been a living nightmare ever since, not because of the divisions it has exposed in our society, which were clearly already there, or the fact that I can only see this country turning into an unregulated tax haven with no standing whatsoever in the world and everything bankrolled by China, which is a bit embarrassing for all of us, but because it should never have taken place in the way that it did. A referendum about something as important as the future of the country should never have been winnable by either side by a margin of 1,269,501 votes. Surely – surely! – it should have hinged on a majority of something like 60% at least?

Talking of democracy. The petition calling for Trump to be blocked from enjoying the ego-fluffing privilege of a State Visit, continues to spiral upwards – as I type, it’s at 1,857,318 – but the Government has now stated that it will grant the State Visit, even though it is duty-bound by its own rules to “debate” the petition next week. The words “foregone” and “conclusion” can be joined together in this case. But it has been a simple pleasure to watch the numbers rattle upwards before our very eyes. And a little bit of fun is not much to ask in this dark age.

I have written on my Telly Addict blog about the healing power of Pointless. It may seem trite to regard a daytime quiz show as an antidote to the apocalyptic uncertainty of modern times in the year 2017, but it’s the daily equivalent of a La La Land, and not just Hollywood escapism, but a way to celebrate geniality and general knowledge and fair play, and – hey why not? – the best of being British. Or the best of living in Britain, whatever your background.

I guess part of me must believe that we’ll get through this, whether it’s four years, eight years, or a number somewhere between one and eight, depending on how close to impeachment or a CIA black op Trump sails. Otherwise, I’d be under my duvet right now, rocking back and forth and singing the la-la-la-la song. I’m not. I’m up, and out, and thinking about work and domestic issues and family and films, and tonight’s Pointless. It’s hard to feel proud to be British in 2017, especially with our own conservatives wooing the babyman and doing things with their hands that they would never ordinarily do. Trump has turned our representatives (and sadly, to him, Farage is one) into glad-handing Richard Hammonds to his Jeremy Clarkson, desperate to gain his approval by laughing at his off-colour, racist jokes.

It’s nice to think that the actors and filmmakers who make speeches at awards ceremonies represent us, but they don’t. They represent what the disaffected have been advised to regard as “the metropolitan elite”, which I gather is anyone who lives in a town and reads past the headline in a newspaper. It’s not good enough to exist in a bubble, or an echo chamber – you have to keep an eye on these craven, self-serving, nuance-resistant, unconstitutional monsters; watch Fox News, read Trump’s childlike Tweets, investigate the backstories of his lieutenants; challenge, gainsay, make a withering placard and prove that satire is not dead: MAKE AMERICA SAFE AGAIN; KEEP YOUR TINY HANDS OFF OUR RIGHTS; WE SHALL OVERCOMB; MIKE PENCE LIKES NICKELBACK; GRAB ME BY MY PUSSY I DARE YOU!

They don’t wear white hoods, but they speak directly to those that do, or would do if it weren’t for “snowflake” political correctness. David Bowie got out before all this shit happened. In his name we must overcome. And that starts with getting out of bed in the morning.