In the late 1980s, I spent an awful lot of time at St George’s Hospital in Tooting, South London. I wasn’t ill. I had fallen in with a gang of medical students who were being schooled there, through a mutual art school friend of mine. Though outsiders, the pair of us joined their amateur theatre group, later aggrandised by the name Renaissance Comedy Associates. (One of the students, a driving force behind various dramatic and comedic ventures, was Matthew Hall, who would later adopt the stage name Harry Hill and leave medicine behind.) Because St George’s is a teaching hospital, in that Prelapsarian era of low security, my memory is of having free run of the place: I drank subsidised lager in the Students Union bar, and treated the hospital’s corridors as my own, constantly venturing into the bowels of the place to rehearse with a band, or block out a play, or even curate evenings for the film society. You could even park for free. (It’s £2 an hour these days, I just checked.)

The upshot of this fecund period of my postgraduate life – during which Matthew and I co-wrote a play which we took to the Edinburgh Fringe, and a solo play I wrote about a Woody Allen obsessive was staged at St George’s vast, functioning theatre (not the operating kind) for two nights – is that it shattered my innate fear of hospitals. Having been rushed to A&E twice in my life at that point – both times, in childhood, to get stitched up after an accident in the home – the smell of hospitals still triggered an existential gag response in me, as it does to most people, I would guess. I’d been inside Northampton General plenty of times to visit family members – the worst being when my ailing grandfather was hospitalised, never to come back out – and I would have laughed if you’d told me that in my early 20s I’d voluntarily and regularly hang around in an infirmary with over 7,000 dedicated staff that serves a population of 1.3 million across Southwest London. 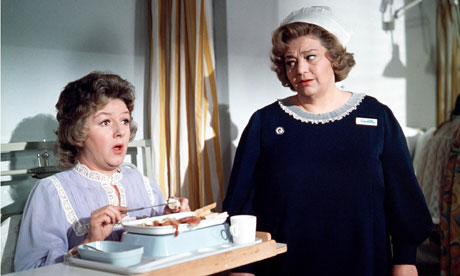 In the decades since, I’ve been through the doors of other hospitals, usually for benign tests, or on the occasion of emergencies relating to others, and although they are always potential buildings of death and bad news, I have never slipped back into fearing them since my time as a St George’s groupie. However, the endless recent horror stories about the NHS, which arrive on a daily basis, and range from lethal malpractice and institutional abuse to simple underfunded inefficiency, seem to be doing their best to drive us all away from places designed to make us better and mend us. If the car parking charges haven’t achieved that already.

In January, 15 hospitals in England enacted “emergency measures” in A&E (handily emblemised by an emergency tent erected in the car park of the overloaded Great Western hospital in Swindon). Such symptoms of failure are easy enough to diagnose: we all live with improved life expectancy, with the ever ageing population leading to more ailments and infections; the winter (although it didn’t even get that catastrophic this year); vicious cuts to Council budgets leaving patients without social care and thus blocking hospital beds; the recruitment crisis among GPs, who are hard enough to get an appointment with anyway; the new 111 emergency phoneline driving traffic to A&E algorithmically; just generally more illness as we eat terrible processed food and – who can blame us? – drink and smoke our way out of austerity. None of which ought to be a surprise to those controlling budgets and none of which is suddenly going to go away.

The NHS is sick. It is a suitable case for treatment. It needs TLC and all it got from the last government was PFI, which means nicer-looking hospitals that cost twice as much as they said they would, made tidy profits for the private companies who built them, and inside which every essential service from cleaning to catering has been outsourced to the lowest bidder. But at least Labour wasn’t ideologically against the very idea of what the Americans call “socialised healthcare”; the Tories absolutely are, and would have the NHS fully privatised in a second if they thought they could get reelected afterwards. The dicks. 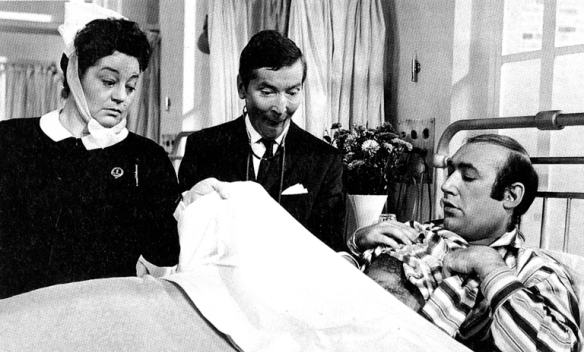 What’s a national health service to do when the government of the day wants it asset-stripped, and the leader of a currently ascendant golf-club fringe party can think of nothing better than to criticise the English pronunciation of some of its dedicated staff? The majority of us in this country don’t have health insurance. So the majority of us rely on the NHS. It’s ours. But its original cradle-to-grave guarantee is under siege from Tory ideology, which is to say: privatise the shit out of it. (Because free market capitalism states very clearly that the private sector is better equipped to run everything than the public sector.) Perhaps, romantically, you regard emergency medicine and longer-term care as a service that cannot be farmed out to private companies – who, by their very nature, must run things with an eye always on the bottom line. Perhaps you feel that medicine should be available to all, and paid for my our taxes? Like running water, or electricity, or rail transport, or gas. (Spot the irony there.)

I keep seeing ambulances which proudly announce that they are run by G4S. (I wouldn’t announce my presence if I were G4S, but such private companies know little of hubris.) This is how old-fashioned I am: the very sight of a private, or partly-private, or public-private, ambulance make me feel sick. The NHS works “in partnership with” G4S, a company that has been criticised for using “non-approved techniques” at a detention centre, the “breach of human rights” of a prisoner being treated at Royal Liverpool University Hospital (who was handcuffed to a security guard for eight days), and using immigrant detainees as cheap labour, and is currently accused of torture at one of its South African prisons, and the unlawful killing of an Angolan deportee after “unreasonable force” on a British Airways flight. The company also paid a settlement of £109 million to the government after a Serious Fraud Office investigation into tagging, incorporating a refund for “disputed services”, but still it enjoys government contracts. Who wouldn’t want these people turning up to take you to the hospital – what could possibly go wrong?

So it is no surprise to find out that St George’s – my adopted alma mater! – relies on G4S to “provide flexible healthcare logistics solutions that meet its customers’ evolving requirements.” It’s all rotten, right down to the weasel words used to dress up its job description. At least, as the election looms, the party that used to be Labour is using the NHS as one of its big platforms. Who can blame them, when the Conservatives have made their feelings about the old warhorse pretty plain? I’m stirred that it’s still considered an issue, even by Labour strategists, with the ghost of PFI still sitting at the banquet table. The Green Party bemoans “botched privatisation schemes” and “hospitals and surgeries treated like profit-driven businesses rather than public services” and promise to oppose cuts, closures and privatisation , and to “maintain the principle of a free NHS”.

It’s not over yet. But it’s worth bearing in mind when you choose who to vote for if you wish NHS doctors and nurses to carry on treating you.