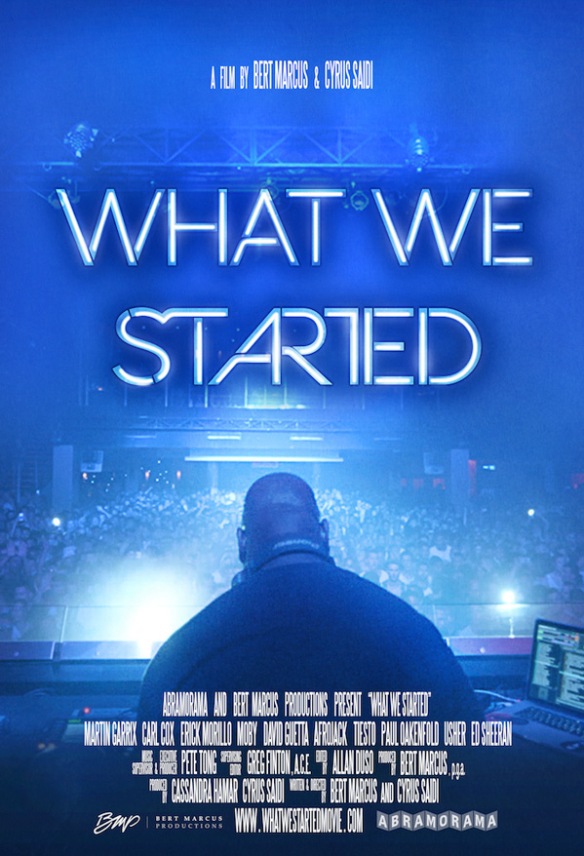 A documentary about dance music feels like a contradiction in terms; to document what is an intuitive, primal, physical activity risks robbing its essence. That said, the form’s history is as colourful and politically charged as the well-worn, hoary old saga of rock, and co-directors Bert Marcus and Cyrus Saidi give a decent, star-witness-studded account of the evolution of sexually-liberating New York disco to the more consumer-led EDM (electronic dance music) of today. Fresh footage of fiftysomething Carl Cox working a crowd over a ten-hour all-nighter in Ibiza is contrasted with 18-year-old, laptop-enabled Dutch bedroom wizard Martin Garrix inarticulately awed by a dance festival’s tens of thousands whom he will coax into ecstasy with EDM’s signature move, the pause and climactic “drop”. What We Started pays respect to pioneers Paul Oakenfold, Louis Vega and Pete Tong, and teases old-school opprobrium from them as they accuse today’s “superstar DJs” of lacking their hard-won turntable skills in a USB-stick age. Does the technology matter? The jury’s out in what is two-sided account. But the granddads certainly have better war stories to tell.

NB: We are experiencing technical problems at Radio Times and are unable to post this review. So I’m putting it up here for the time being.