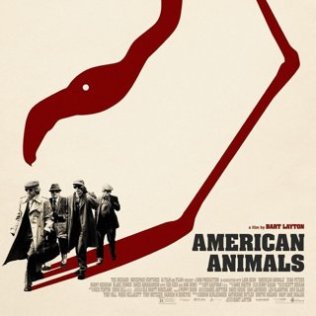 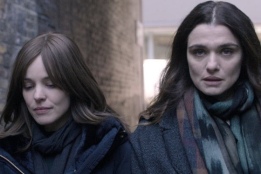 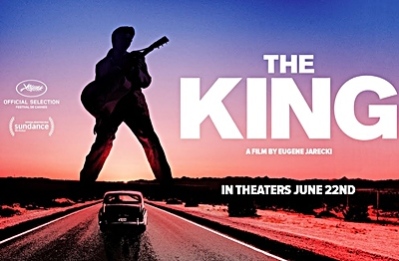 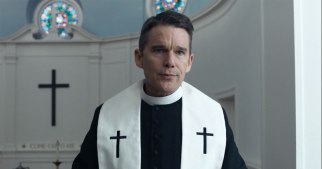 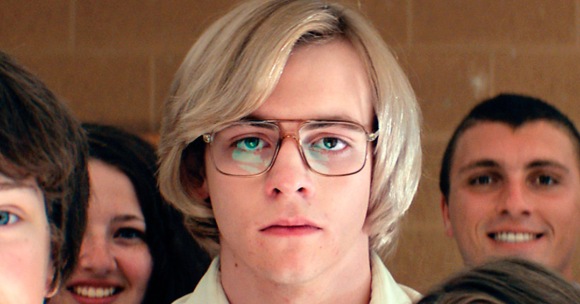 It’s been quite a year for films. Not least because of Netflix and Amazon, both of which I feel a pressing need to subscribe to. Not every film that lands on either is worth watching to the end (although I tend to see them through out of professional pride, unless they are Nappily Ever After, and I have been halfway through the doc Chasing Trane for what must be five months for no reason whatsoever but inertia). But Netflix in particular possesses a voracious appetite for funding or distributing feature-length documentaries and A-list Originals that seems at present unquenchable. Frankly, I’m in, at least while that means luminaries as luminous as the Coens, Ben Stiller, Nicole Holofcener, Alfonso Cuaron, David Mackenzie, Gareth Evans, Paul Greengrass, Tamara Jenkins, Jeremy Saulnier, Duncan Jones, Andrew Niccol, Susanne Bier and Alex Garland sign up to make hay with the streaming platform.

It’s a subscriber’s market, as well as an artist’s. I still relish the chance to see big films on big screens – ironically, one of the most jaw-dropping this year was They Shall Not Grow Old, Peter Jackson’s trenches documentary, which I saw in 3D in a screening theatre, while most saw it in 2D on telly – but no technology can substitute inspiration. Heavyweight documentary was ubiquitous in 2018 (which is why I’ve cordoned it off and given the doc its own rundown), while the series or serial is dominated now by true crime that unfolds in visual podcast form – and there’s plenty of this on Netflix, to an extent that each rolls into one another. At least fictional, dramatic films still occasionally seek new territory, while Making a Murderer and its less original ilk merely slice the cake more thinly. So, to feature-length films.

I keep a strict diary that indicates at a glance the films that stand out – which, believe me, is vital when cinema has almost literally run out of titles. I know I saw Only the Brave, The Bachelors, Let the Sunshine In, Kodachrome, Cargo, The Rachel Divide, Dark Crimes, Bad Samaritan, How it Ends, Madame, The Last Witness, Final Score, Operation Finale and Hearts Beat Loud but I have no idea what any of them were about from memory. Maybe that’s just as well.

So here are my Top 11 followed by the Next 25, in an order that makes sense as I sit here, but may change and who would notice? I note that two of my Top 10 films – in fact, Top 5 – are in a foreign language (Spanish and Mixtec; Polish) and shot in black-and-white. Four in the Top 10 are not in the English language, and eight nations are represented. Only one entry is British; another a British/American co-production. One is both a drama and a documentary. I don’t know what that says about 2018.

The next 26 are in no qualitative order; they are all excellent.

I’m taking documentaries out and giving them their own list, as it’s near-impossible to meaningfully compare the life story of a tragic superstar with a fiction about boy saving his horse from the knacker’s yard, and it’s been a strong year for non-fiction.

Springsteen on Broadway | Thom Zimny | US
The King | Eugene Jarecki | US
The Eyes of Orson Welles/They’ll Love Me When I’m Dead | Mark Cousins/Morgan Neville | US/UK (when two fantastic documentaries on the same subject but from different angles come out in the same year, it’s OK to group them together)
Whitney | Kevin Macdonald | UK
McQueen | Ian Bonhôte, Peter Ettedgui | UK
They Shall Not Grow Old | Peter Jackson | UK/New Zealand
The Man From Mo’Wax | Matthew Jones | UK
Score | Matt Schrader | US
Bombshell: The Hedy Lamarr Story | Alexandra Dean | US
Filmworker | Tony Zierra | US

There are a few days to go, and with more leisure time in than usual, but I suspect I’ll be watching old black-and-white movies on Talking Pictures and TCM and DVD from the 1930s, 40s and 50s, as that’s what leisure time is for.