To paraphrase the Electric Light Orchestra, the big wheel keeps on turning. But before 2015 winds down and 2016 rattles into view, I thought I’d reflect on the old year with a stock-take of new experiences I have notched up since January 1. This may not be a long list, as life tends to solidify into routine when you pass 40 unless it doesn’t, and fresh experiences are rarer. This also makes them more cherishable. 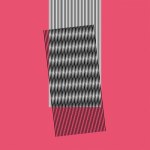 For the record, these are my cultural roundups of the year, now patted into shape after a few last-minute additions, the incorrigible bean-counter that I am.

I didn’t do the year in theatre or gigs as I didn’t step foot inside a theatre in 2015, and only attended one live show, albeit a splendid one, and a new experience, so let’s start there.

That’s it for the new. It’s already old, so let’s throw it out with the neither new nor old. I’ve totted it up and I saw 140 films in 2015 that I hadn’t seen before, of which 97 were released in 2015. Nothing to trouble Mark Kermode but I pay to the go to the cinema and he doesn’t have to. And in any case, that’s quite a bit of new. I’ve also started to try and pronounce the word “new” properly, having noticed that it still comes out as the flat Northamptonian “noo” on the radio, when I prefer to to hear it exit my lips to rhyme with “phew”. Just goes to show that, even at 50, you’re not finished yet, and there’s more to do, things to improve and refine. I’ve blogged only intermittently this year, but not through want of things that enrage and engage me. May things do both once again in the new year. I am definitely getting more left wing as I get older, which I wholeheartedly welcome.