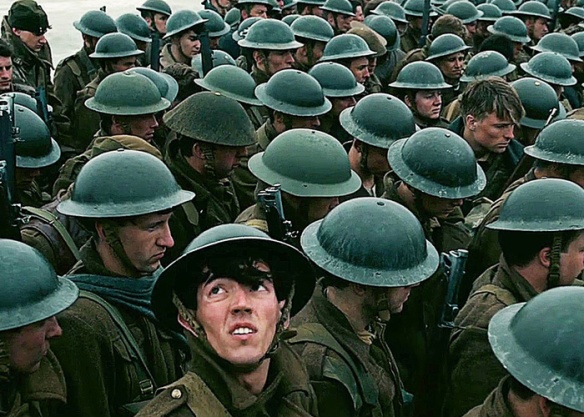 It’s rare that I write down an appreciation of a film that I’ve already said to the face of the film’s writer, director and producer, in person. But when I was lucky enough to sit with Christopher Nolan last Thursday for a full 20 minutes for an interview that went out on Classic FM on Saturday (you can Listen Again to the two-hour show until next Saturday, July 22), I began by stating for the record that I believe he has reinvented the war movie, and that his images and sound design fuse with his loyal composer Hans Zimmer’s music in a totally innovative way. He said thank you. I meant it. (I’ve said disingenuously positive things to famous film directors – and actors – in the line of duty before, although I’ve always tried to find honest positive things to say to break the ice, rather than lie, as I am a bad liar. I once held back from telling the still-insecure Christian Bale that I thought he was brilliant in American Psycho because I didn’t want to come over as a brown-noser, but he was a stiff interview and when I told him afterwards that I thought he was brilliant, he immediately thawed, and I wish I had told him before.)

So, we have established that Christopher Nolan really has – in my opinion – made what is essentially, and technically, and generically, a war movie, in that it concerns a military misadventure that took place in Northern France between 26 May and 4 June 1940, and yet, he has turned the war movie on its head. In fictionalising the human stories that tell the bigger picture, he has made a true-life wartime thriller whose lives are not true, and yet which tell broader truths about fear, and mortality, and communality, and youth, and survival. Instead of faithfully providing historical context and individual backstory, Nolan drops us into the action without a briefing. We barely find out the characters’ name, never mind where they come from, or what their hopes and dreams are – other than to get “home.” (We are reminded often that, on the vast, characterless beach at Dunkirk, you can almost “see” or “smell” home, which is only a few miles over the Channel.)

As well as “home”, the other big theme of Dunkirk is “time.” (In a previous collaboration with Zimmer, Inception, there is a track called Time. Themes tend to tendril much further than one film with Nolan.) Dunkirk is – and was – a race against time. In the pure terms of Nolan’s near-mathematical vision, that’s all it is, even though it’s not all it was. As a war movie, it is more notable for what’s not in it, than what is in it. No politicians. No maps. No lengthy captions explaining where in the war we are, other than 330,000 British, French, Belgian, and Canadian soldiers are on a beach waiting to come “home.” A couple of soldiers are allowed to stand out from the shivering, alert-eyed khaki mass on the beach; they are all played by appropriately-aged relative unknowns. (Unknowns, that is, unless, like me, you watch every drama that’s on telly, in which case you’ll recognise Fionn Whitehead from ITV miniseries HIM, Jack Lowden from BBC’s War & Peace, Aneurin Barnard from Cilla, oh, and War & Peace; Barry Keoghan from Love/Hate, and so on.) 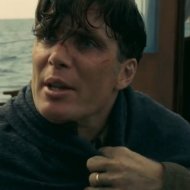 There are big names, too – Mark Rylance as the skipper of one of the “little boats”, Cillian Murphy as an unknown solider, who refuses to even give his name (and remained unnamed in the credits); Kenneth Branagh, channelling Noel Coward as the Commander; and Tom Hardy, as an RAF fighter pilot who – as part of some cosmic in-joke between him and the director of The Dark Knight Rises – acts behind a full face mask for the whole film, rendering him almost Bane-like in his inaudibility.

But nobody in a Christopher Nolan film is as big as the film. Them’s the rules. Even Heath Ledger couldn’t quite eclipse The Dark Knight, except in death. Al Pacino and Robin Williams were bit-part players next to the ice floes in Insomnia. Even Leo, doing his best to impress, in Inception, was lost in time. The star of Dunkirk is Christopher Nolan, or, to be more egalitarian, Christopher Nolan’s loyal crew: his composer since Batman Begins; his cinematographer since Interstellar, Hoyte van Hoytema; his editor since Batman Begins, Lee Smith; and so on. In interview, even though he was happy, relaxed and fully briefed to talk about his relationship with Zimmer, Nolan found it difficult to answer a “crew” question without naming all of those who contributed to any success that might be mis-credited to him alone, right down to Benjamin Wallfisch, who conducted the score. When I asked him about certain key decisions along the way, he said, “some of those I’m copping to, some of them I’m not.” He also smiled, which is rare. He is a very serious filmmaker, and Dunkirk is a very serious piece of entertainment.

I loved the 1958 original Dunkirk as as boy, directed by Barry Norman’s father, Leslie, and produced by Michael Balcon. But that was a war film in the strictly traditional sense, and the evacuation of Dunkirk formed its climactic third act, after a suitable build up through France. When John Mills, Kenneth Cope and the other stranded Tommies finally reach the beach, we’re a good way through the film.  Much of what happens thereafter is replayed in Nolan’s Dunkirk, but we have no “relationship” with the principals yet, and to an extent, never do. Photos of loved ones are not passed around. Bernard’s character literally does not speak when he and Whitehead “meet” on the sand; they communicate with nods and glances. When a group of young men we have latterly come to identify – one of them played by Harry Styles of the boy band One Direction – are shot at in a boat, Nolan doesn’t show us where the bullets are coming from, or who is firing them; we are with the soldiers, and that is the only POV that matters. 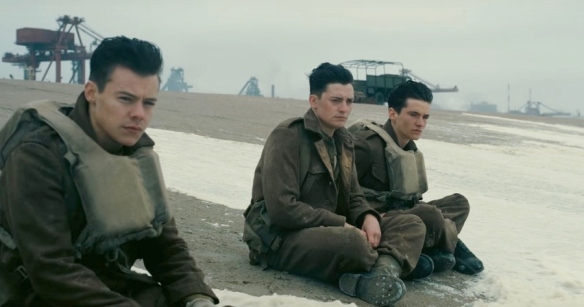 Incidentally, on the matter of the lad Styles, I can confirm that his star-dusted presence does not topple the narrative boat. He’s just another Tommy with sand in his clothes and salt on his eyelashes. But I do wonder why Nolan allowed himself to cast him – even if, as he claims, he didn’t know of the boy’s baggage when he turned up for the audition. What good can come of it, except in marketing terms? Maybe Nolan is so intelligent, and so clever, it’s a ruse and he has double-bluffed us all! Though Harry doesn’t come off badly onscreen – and many old, non-parents in the audiences won’t recognise him – he owned the fan-thronged premiere in London’s Leicester Square on the evening of our interview and that, to me, seems a shame when you’ve put all that academic thought and collective human effort into a film.

Though I don’t give ratings here, Dunkirk is a five-star film by anyone’s stellar judgement. It’s spectacular and intimate at the same time – and short, too, for an epic; Nolan’s second shortest feature since his no-budget debut Following, and a whole hour shorter than Interstellar. Nolan and Zimmer are now fused; inseparable: it’s impossible to say where the stunning, predominantly CGI-free visuals end and the “music” begins. It’s only in the aftermath of seeing Dunkirk that you start to realise how much has been left out in terms of the traditional war film: no enemy, hardly any exposition, no backstory, no prologue, no epilogue, barely a name, no blood, almost no women (in itself a particularly brave but justifiable jetty to isolate yourself at the end of in these gender-rendered times). I was struck – again, afterwards, not during – that this is something approaching pure cinema. 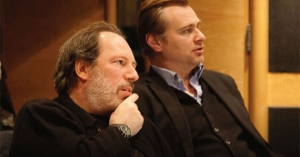 Nolan has created something visceral and clear and gripping that speaks of human endeavour and sacrifice without prodding the viewer in the chest like a schoolteacher. He has fought convention on the beaches and on the landing grounds and has said no surrender to expectation. And that pounding, race-against-time cacophony from Hans Zimmer begins with the delicate, sampled ticking of one of Nolan’s watches. So it all comes back to time again, in the end. A spinning top. After Interstellar, Nolan gave Zimmer a watch, which was inscribed:

Now is not the time for caution.

In Interstellar, it was said by a robot charged with saving the human race.