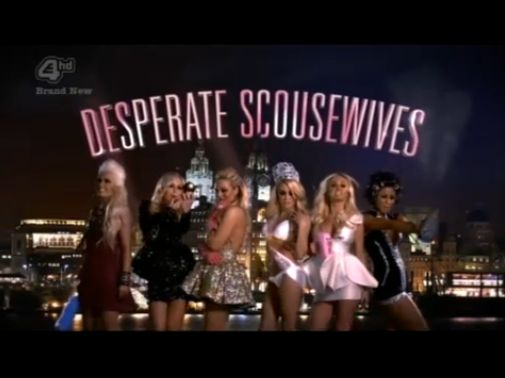 This week’s Telly Addict, buried deep within the Guardian website where nobody is ever going to find it without a map, considers the first part of Vanessa Engle’s already illuminating new documentary trilogy, Money, on BBC2; my new favourite programme, My Cat From Hell, on Animal Planet; and Desperate Scousewives on E4, the latest example of “scripted reality” which was actually preceded by a warning that it contained strong language and a disclaimier that some scenes were “created for entertainment purposes.” (The link to Telly Addict is here.)

A few words on the latter. Because of my commitment to cover all sorts of telly for the Guardian, I’ve seen quite a few shows this year that I might not ordinarily watch for my own pleasure. Thus, even though I’ve never seen The Only Way Is Essex, I have seen an episode each of its first copycats, Made In Chelsea and Geordie Shore. (Actually, I couldn’t sit through a whole episode of Geordie Shore.) So I understand the format, which was developed on MTV, as I understand it. “Reality” just wasn’t entertaining enough, apparently, so they started prodding it and poking it and putting a hat on it until it did things that were more like a soap than a fly-on-the-wall documentary. Unfortunately, although this makes “stars” of the ordinary people it casts in Essex, Chelsea, Newcastle or Liverpool, which is nice for them, and thus provides “celebrity” fodder for the other reality shows like Big Brother and I’m A Celebrity …, it also means that non-actors are now being asked to act for us. And they’re shit at it, by and large.

The nobodies on Desperate Scousewives – who, by the way, aren’t housewives, or even wives, so the clever title doesn’t actually work – may have the natural front of Liverpudlians, but they can’t act, and the scenes they are expected to play out, for the “story” of the show, come across like animated Dear Dierdre Photo Casebooks from the Sun. I couldn’t get all the way to the end of the first episode without fast-forwarding, as it was literally painful to watch. It’s not the fault of the wannabes who sign up for this kind of show – why the hell not? – it’s a flaw of the format.

What are we watching? Reality or fiction? This sounds like a much more interesting philosophical conundrum than it actually is. In episode one, the desperates attend something called the Style Awards, which seems like a local bash, attended by local celebrities like Ricky Tomlinson (must have been difficult to get him to come, eh?) and Coleen Rooney, who didn’t turn up, even though she won some award or other. Meanwhile, the scousewives act out the latest plotline for the cameras, badly, and we are supposed to care. Actually, half a million people cared enough to watch the first episode, which is a decent audience for E4, so I’m clearly not in its sights.

I do worry about the culture of this country, though. There’s a recession on, and our young people are still having the carrot of instant celebrity dangled in their faces as a career path. If some of the “cast” of Desperate Scousewives are lucky, they’ll be invited back to the Style Awards next year. Most of them won’t. Maybe it should be watched as a tragedy.