I’ve never claimed to be a trendsetter or a trailblazer or an early adopter with anything. I do not lead, I follow, for the most part. So I accept, on behalf of Telly Addict, that I am woefully late on Gogglebox, the C4 show whose second series is already partway through and to which I am a tardy convert. It sort of makes all of this redundant but I’ll soldier on: so, the mighty sociological experiment and armchair wisdom goldmine Gogglebox on C4; the final Poirot on ITV; more Sky Arts’ Portait Artist Of The Year; the return of Borgen to BBC4; the awful Killing Kennedy on the National Geographic Channel; The Newsroom on Sky Atlantic; Yonderland on Sky1; oh, and the Christmas adverts, which had to be done. (New producer/editor this week, so say hello to Tim.) 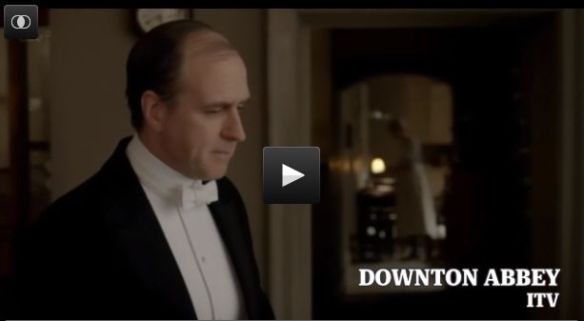 This week’s Telly Addict bids a merry, upbeat farewell to Series Four of Downton Abbey on ITV; measures the running time of two extra-length comedies, Fresh Meat on C4 and Ambassadors on BBC2; sings along without much gusto to The Choir on BBC2; squares up to Bouncers on C4; frets over the dog on Bates Motel on Universal; and wonders if Portrait Artist Of The Year on Sky Arts1 will draw a crowd.

Wanna see something really scary? You kind of will, and you kind of won’t in my Halloween week Telly Addict, as I’ve been careful not to put in scenes of too much violence and horror that some viewers may find upsetting, from the start. There will be blood, though, with the choleric return of Ripper Street to BBC1, the nightmarish return of American Horror Story to Sky Atlantic, the imminent conclusion of Bates Motel on Universal, and the blood-sucking debut of NBC’s Dracula on Sky Living (if you can call it living etc.); also, a celebration of screwball dialogue on Veep on Sky Atlantic and some frankly terrifying lady-in-peril thriller cliches on The Escape Artist on BBC1. Don’t submerge your head in that bath! 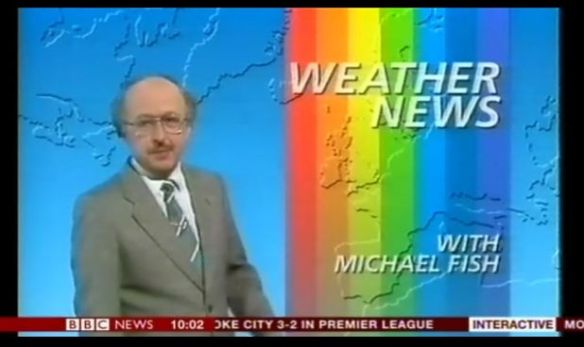 It should, by right, be all about the weather on this week’s Telly Addict, as that has dominated our screens since Sunday, but I’m more interested in fictional death and destruction, in the form of: Boardwalk Empire, which returned for its opulent fourth season on Saturday to Sky Atlantic and proved another masterclass in class; Poirot, the pre-afore-penultimate mystery on ITV ie. there are three more to go (featuring the return of Philip Jackson’s Assistant Commissioner Japp!); and a brand new, horribly-titled surgical drama, Monday Mornings on TNT (showing here on Fox), which has already been cancelled, so enjoy its finite ten episodes while you can. Also, on a non-fictional front, Iceland Foods: Life In The Freezer Cabinet on BBC2 (already reviewed, by me, in print, at length, in the Guardian Guide), and on the comedy front, my close showbiz pal Matt Berry’s new vehicle, the very silly Toast Of London on C4. Be careful out there. 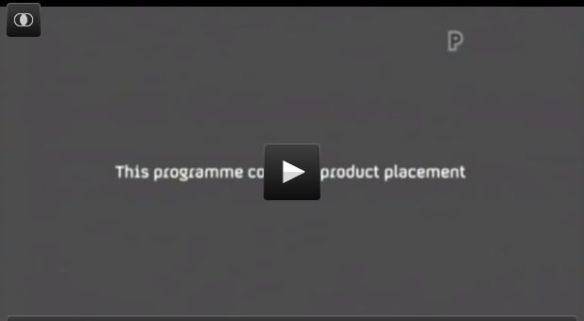 It may be old news to some of you, but I saw the full-screen disclaimer, “This programme contains product placement” for the first time last week, before Jamie’s Money Saving Meals on C4. I don’t like it. It cheapens Jamie. But at least it’s honest and upfront, rather than sinister and subconscious. And it features in this week’s Telly Addict, which also looks at The Tunnel on Sky Atlantic, the Anglo-French cover version of The Bridge; Stephen Fry Out There on C4 (this programme contains product placement); the semis of The Great British Bake Off on BBC2 (for the last time); the return of AMC’s The Walking Dead to Fox; the finale of Peaky Blinders on BBC2; and the ambient arrival of HBO’s Hello Ladies on Sky Atlantic. 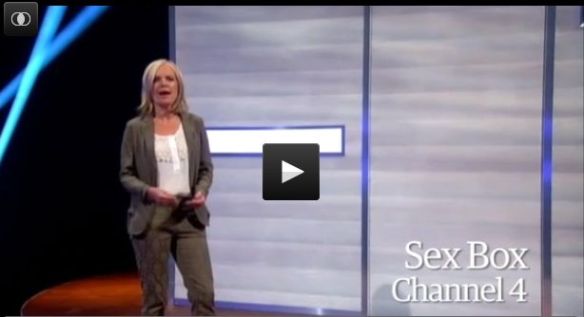 There are scenes of a sexual nature in this week’s Telly Addict. Indeed, it’s impossible to ignore the old in-out in-out in a week that gave us the actually rather coy Sex Box on C4; the much more frank but simulated Masters Of Sex on C4; and the frankly gynaecological Breathless on ITV. Also given a once-over: a very promising pilot in the form of Sleepy Hollow on Universal; the “proper lush” Tom Kerridge’s Proper Pub Food on BBC2; and a nice report from Downing Street on BBC News.

Once again, apologies for blogging so infrequently of late: I am doing four jobs at once and working right into the weekends. Telly Addict endures. This week, the return of Homeland to C4; the arrival of The Blacklist to Sky Living; the return of Citizen Khan to BBC1; the continuation of The Great British Bake Off on BBC2 (with mysterious invader); the return of Louie to Fox; the return of True Blood, also to Fox; and the finale of The Story Of The Jews on BBC2. Bear with me. 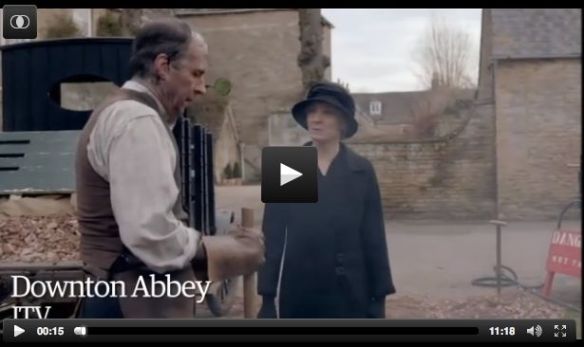 Laughs aplenty this week on Telly Addict, although not, to be honest, from Downton Abbey on ITV, whose fourth series continues to play out like a Smiths song; elsewhere however, comedy abounds: The Wrong Mans on BBC2 (already reviewed in great detail on this very blog), London Irish on C4 and the comeback farewell of The IT Crowd on C4; also, while we’re about it, By Any Means on BBC1, Marvel’s Agents of S.H.I.E.L.D. on C4 (nice importing!) and a lovely Culture Show special on Northern Soul on BBC2 that allowed incoming Channel Four News culture editor Paul Mason to spin like a twisted wheel.

PS: I hadn’t seen the final episode of Breaking Bad when we recorded this yesterday. I have now. But I doubt I’ll be able to meaningfully review it on Telly Addict for fear of spoiling it for law-abiding citizens of the UK who don’t subscribe to Neflix. I may blog about it here instead, in a safe zone. 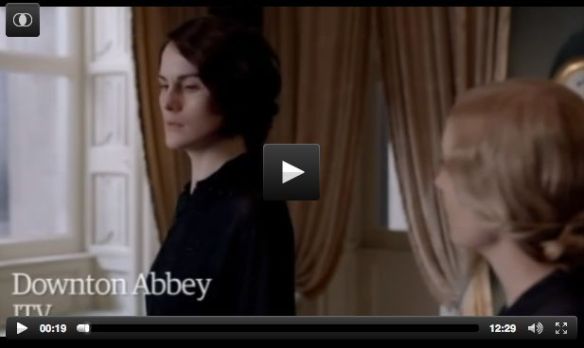 There’s only one show in town this week on Telly Addict, and it’s the one about the big house in Yorkshire with the servants and masters and Labrador. Downton on ITV dominates, but there’s drama, too, from The Fried Chicken Shop on C4, Peaky Blinders on BBC2 and Whitechapel on ITV; plus, a glorious BBC4 history of soundtracks, Sound Of Cinema with Neil Brand, and a bafflingly-scheduled new sitcom on BBC1, Father Figure, which I would have loved as a kid.

I love it when an accidental plan comes together, as it did with this week’s Telly Addict. It begins with Blackout, C4’s “what-if” dramumentary about a massive power cut and the inevitable slide into anarchy and death; we follow with Peaky Blinders, BBC2’s major landmark new drama – you can tell, they’ve commissioned six whole episodes – a period gangster saga set in Birmingham in 1919 when it was very dark; I mark the satisfying denouement of What Remains on BBC1, but avoid spoilers by referring you back to the body discovered in Episode 1 in the dark loft; Bates Motel on Universal, the noirish prequel to Psycho, is also pretty dingy, its neon sign emerging from the darkness; and there my random theme collapses, in time for two stories of the Jews: The Story Of The Jews by Simon Schama on BBC2, and Robert Peston Goes Shopping, a history of British retail, also on BBC2; oh, and a lovely clip from Press Preview on Sky News last week of three professional news people corpsing like schoolchildren.