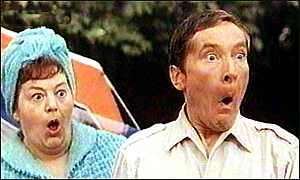 Pardon the deliberately lowered tone of the headline, but we must dip a toe here into the murky depths of tabloid intrusion and a very British obsession with bared flesh. Kate Middleton, an attractive if thin Berkshire woman of 30 whose official title is Her Royal Highness The Duchess of Cambridge – or has been since she married, with her eyes wide open, Prince William, His Royal Highness The Duke of Cambridge, Earl of Strathearn and Baron Carrickfergus, in April 2011 – is currently on holiday. It is a working holiday, in the sense that she didn’t choose it, or plan it, and while on it, much of her time is being spent doing things she wouldn’t normally choose to do, while being photographed doing it. This is the life she chose.

Although her role in life is now predominantly played out in public, by her own choice, and much of what she does during the day is arranged specifically to be seen by the public, she is, like anybody entitled to private time. Of course she is. What she does in private is nobody’s business, unless it is against the law, at which point her qualification to represent this blighted nation before the rest of the world would be called into question. To my knowledge, she has not broken the law, and seems, if anything, quite nice.

However, last week, during some private time before embarking upon her current, paid, working holiday of Southeast Asia, she relaxed at the private chateau of Viscount Linley – which is his whole title – son of Princess Margaret, Countess of Snowdon, and Antony Armstrong-Jones, 1st Earl of Snowdon. (Linley’s daughter was a bridesmaid at the wedding of the Duke and Duchess of Cambridge in April 2011.)

The royal couple called it a “second honeymoon”, according to the press, who must have been fed this information. And why not? The Chateau D’Autet in Provence, is set “amid 640 acres of ­lavender fields and woodland”. The temperature while they were there reached 31C (88F). Perfect weather for sunbathing, like normal people do.

During a spot of sunbathing, among friends and family, it seems that Kate took off her bikini top. We know this because a man photographed her in this state of undress with a long lens. As far as I know, he is not the first photographer to use a long lens. Again, as far as I can tell (as I haven’t seen the photos, other than on photos of the cover of Closer on the newsstands, which are on the internet), Kate went topless outside, on the verandah or balcony of Linley’s chateau. Now, outside on private property may be private on paper, but if you are outside, in the world, that privacy is harder to apply in actuality. The result of this confusion: scandal. And the second example of illicitly-documented young, royal nudity in two months.

In August, Prince Harry – sorry, His Royal Highness Prince Harry of Wales – took his clothes off in a hotel room in Las Vegas, during a game of what was reported as “strip billiards” and, seemingly, unsupervised. (One imagines the young royals are usually chaperoned for most of the time.) Photos of this nakedness were published in this country in the Sun, and the paper seemed to get away with it. He was naked in private, behind closed doors, but, unfortunately, among a bunch of other people who did not necessarily respect that privacy. Frankly, you take your kit off in a hotel room with other people in it, especially when phones are cameras, and you run the risk of photos being published. This, presumably, is why Clarence House didn’t attempt to sue anybody after the fact.

With Kate, it’s different, apparently. The French version of Closer magazine splashed the pictures (“Oh My God,” it squealed, in the international language of exclamation) and the magazine is being sued. The Irish edition of the Daily Star has also reprinted them, with an Italian magazine, Chi, threatening to do the same now. (Richard Desmond, the notoriously prurient and censorious owner of Northern & Shell, which publishes the Express and the Star, and co-publishes the Irish Star, has threatened to take his ball home and withdraw his stake after the publication of the snaps.)

So … before I comment on the whole hoo-hah, may I just state the following facts:

With all this said – and I hope I have painted a depressing enough picture for you! – I will say this: Kate Middleton is an idiot. Why, when she is the wife of the future King of the United Kingdom and the 16 sovereign states of the Commonwealth (gosh, even typing those words makes me feel a bit queasy), would she take her bikini top off when she is outside? It was the daytime. The clue that she was no longer inside, away from prying lenses, was that there was a sky above her. Prying lenses work best when there are no bricks between them and the subject. Paparazzi scum have been plying their trade since the 1960s when the term for their profession was coined in Fellini’s La Dolce Vita (in which news photographers harass a visiting film actress, and, in a neat reversal, one of their scrum travels out to photograph a sighting of the Madonna at a church). Fellini said that the word Paparazzo “suggests to me a buzzing insect, hovering, darting, stinging.”

Kate’s husband, William, is the bereaved son of Her Royal Highness The Princess of Wales, herself hounded by the paparazzi, who were certainly on her tail when her car crashed in a Parisian tunnel, killing her, in August 1997. If ever a new royal knew what she was getting into, it was Kate Middleton. I am not Kate Middleton. But if I were, the one thing I would make sure I never did, ever, was to take my top off outside. Just in case. (We might remember that no topless shots of her late mother-in-law and arch publicity-manipulator Diana ever came to light, so we have to assume that she never went topless outside.)

It is a tragedy that a 30-year-old married woman cannot take her top off on the balcony of her bridesmaid’s parents’ chateau in Provence without being photographed from a very long distance away by a man who makes his living selling his photographs to magazine and news agencies, but there it is. I feel sorry for her up to a point, as her freedoms, as a holidaymaker in the South of France, have been curtailed in a way that an ordinary woman on a balcony’s freedoms would not be. But then, she is a member of the royal family, and I stopped feeling 100% sorry for her the day she agreed to join this unlikely and surreal firm of interrelated people.

Closer’s editor-in-chief Laurence Pieau described the photos as “beautiful” and claimed that they’d not printed anything degrading: “There’s been an over-reaction to these photos. What we see is a young couple, who just got married, who are very much in love, who are splendid. She’s a real 21st Century princess … a young woman who is topless, the same as you can see on any beach in France or around the world.”

Hey, I’m quaint enough to still be against Page 3. I don’t think women’s breasts should be shown in newspapers which can be seen by children and impressionable teenagers. This is the kind of 1980s woolly liberal I am, and if grown women want to be topless on beaches around children and people they don’t know, that must be their right. And with the internet, you might argue that what’s on the third page of a newspaper doesn’t matter any more. (I think it does.) We all agree that Kate Middleton has not committed a crime. When I first heard that topless pictures of her had been printed, I assumed these were from the days before she was married, from some scummy ex-boyfriend or something. If they had been, I would have had full sympathy for her, as she can’t really have known she was always going to be a “21st Century princess”.

But she slipped up. The world outside the walls of her chateau – a safehouse – is a sleazy one. She should know better. Don’t feed the trolls. The trolls have cameras.

18 thoughts on “It’s a royal knockers-out”