Just to say: Mr Blue Sky returns for its second series on BBC Radio 4 tomorrow, Easter Monday, at 11.30am – the same slot as last year – whereafter it will be on iPlayer. We have edited five of the six episodes, and they’re sounding good, in terms of performance and production, so thumbs up to the amazing cast and to producer/script editor Anna, studio director Wilfredo and editor Rich (who also provides Harvey’s terrible piano playing, which of course you have to be brilliant at the piano to fake). I’m hopeful anyone who liked Series One will enjoy Series Two. There’s a definitive entry for the show on the British Comedy Guide, so you’ll find the cast and crew etc. there.

It being a second series, it’s not easy to get previews in the papers, so I’m very grateful for the ones we have had. Radio Times were gracious enough to let me write about it as part of a broader piece about family radio; we also had a positive write-up in The List, Boyd Hilton was kind enough to give it four stars and a recommendation in Heat, and Stephanie Billen managed to wangle it a pick of the day for radio in today’s Observer (which doesn’t seem to be online, but she called it “likable”, which I can go with).

I’m not expecting the nation to stop what it’s doing and gather round the radio at 11.30 tomorrow morning, but I would appreciate your thoughts as and when you catch up with it, if indeed you do. Mr Blue Sky remains the thing of which I am most proud of, professionally, as it’s mine, and if it succeeds or fails, I have to take the rap.

Stop press! Thanks to Philip Townley for the tip-off, but as of 11.23 Tuesday morning, Mr Blue Sky’s being plugged on the main BBC webpage. You can’t buy that kind of publicity etc. 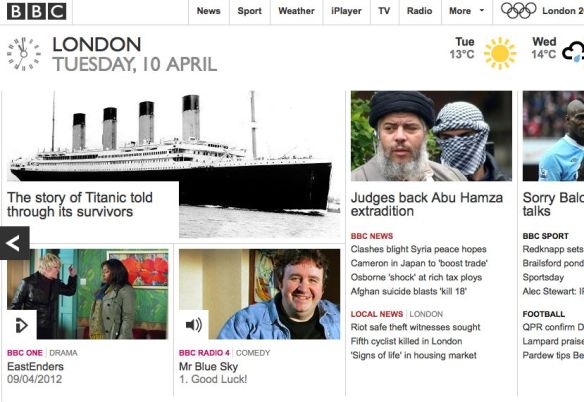