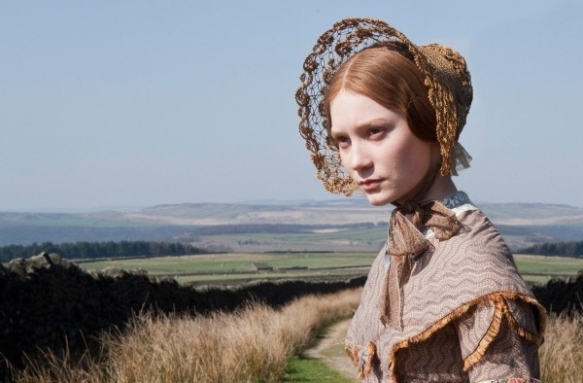 Jane Eyre, the latest version of which arrived at the Curzon on Friday, has been adapted for the screen about 30 times in numerous languages over the years, and it was only while watching it on Saturday afternoon that I realised I’ve never seen it.

I knew I’d never read it – to be honest, it’s the sort of literary classic that, if I wasn’t taught it on the syllabus at school, I was never going to seek out for my own pleasure – but assumed that I must have seen one of the many TV adaptations at least. I know it’s the one with Mr Rochester in it, but that, it seems, is the kind of information that seeps in by osmosis. I know this: I didn’t recognise the plot as it unfolded in Cary Fukunaga’s adaptation.

This also means I can’t compare it to, say, the famous 1940s version with Orson Welles as Rochester, or the more recent Franco Zeffirelli one, with William Hurt as Rochester and Charlotte Gainsbourg and Anna Pacquin as Jane. Nor even the most recent BBC one, with Ruth Wilson and Toby Stephenson. Where have I been? I’m a sucker of costume dramas of this type. I thought I’d collected ’em all. I mean, I’ve seen Sense & Sensibility in more than one incarnation, and Pride & Prejudice more than that. Likewise, Vanity Fair, North and South, Wives and Daughters, Sons and Lovers, Cranford, Madame Bovary, Middlemarch, Mansfield Park, Northanger Abbey, Bleak House, Little Dorrit, Great Expectations … I’ve seen Daniel Deronda and The Way We Live Now, and every Hardy in the library. But never Jane Eyre. Weird. (I’ve even seen the BBC’s 2006 adaptation of The Wide Sargasso Sea by Jean Rhys, the prequel!)

So, this is the best Jane Eyre I’ve ever seen. Put that on the poster!

Actually, I can compare it to the other bonnet-based costume dramas I’ve seen. And it compares well. Mia Wasikowska – previously Alice in Alice In Wonderland – made a pale and windswept but striking and deep Jane, and for an Aussie, her Yorkshire accent was a hell of a lot more convincing than the American Anne Hathaway’s, to pluck a recent example. I’m already a big fan of Michael Fassbender, whose Killarney accent did come through a bit in his Rochester, but he was otherwise strong, moody and unknowable (which is a good thing, as he’s the man with the secret). I must admit I’m a bit bored of Judi Dench being automatically cast as the mousey/formidable old maid in these things, but enjoyed Jamie Bell coming of age with his whiskers, and Simon McBurney is an actor who I’m only just starting to spot and identify, but he was a scene-stealer as the sadistic Mr Blocklehurst.

Lit flicks like this rely on suitable casting, and a too-modern-looking face can be their undoing, such as – to my mind, and through not fault of her own – Charity Wakefield’s in the BBC Sense and Sensibility. (It feels churlish and unfair to use this yardstick, but it’s amazing how much an inexplicably modern face can break the spell.) As such, Eyre was well populated – Jane’s two “sisters” particularly good in smaller parts: The Borgias’ Holliday Grainger, and The Tudors’ Tamzin Merchant. Odd to see Imogen Poots in a small role, too, having just recently seen her play a convincing American in the stupid Fright Night, but it takes all sorts.

Shot in Yorkshire, it looked the part, and was as torrid and buttoned-up as it ought to have been, with Jane’s indomitable spirit released in just the right amount and at just the right junctures. I wonder if the novel’s big “moments” weren’t slightly thrown away, as if Fukunaga didn’t want to be too obvious – the camera pulls back from the first kiss, and the big revelation upon which the story hinges didn’t quite provide the Gothic punch it promised (also, I didn’t make the link between the first fire and this seismic reveal, which ought to have been more explicit, I feel – you’ll know what I’m talking about if you’re already a student of Brontë).

Overall, a decent bash. And one thing I will say, the sound design was exquisite. You really got a sense of the sound of the resonant old houses with their stone floors that our characters are forced to rattle around in. As with Joe Wright’s Pride & Prejudice, modern technology didn’t interfere, but it provided a new layer of realism, and took us back to the period. Gorgeous music by Dario Marianelli, too (it was his score for Pride & Prejudice, and for Atonement).

I wonder if we shall ever tire of these literary classics being re-made and remodelled? I have a big appetite for them and say: bring on the bustles and bodices. And Keira Knightley’s just signed up for Wright’s Anna Karenina (having already essayed Lara Antipova and Elizabeth Bennett), so, in the words of her boyfriend’s band The Klaxons, it’s not over, not over, not over, not over yet.