We had a lot of fun at the Bristol Old Vic Studio last night, our first ever gig in the round, which is both a theatrical and geometric term, and made us feel like we were in the monkey court on Planet Of The Apes. The photos are now in. Thanks to TheEyeCollector for the lead pic. Any additions gratefully received. The venue staff were very strict about no photographs, and our new friend LondonIrish, easily identifiable in the first audience pic below, was among those ticked off for whipping his phone out during the show. This actually made it feel more like a theatre show, rather than just two blokes talking bollocks to each other.) Thanks, Bristol. Just have one railway station next time, right? You don’t need two. 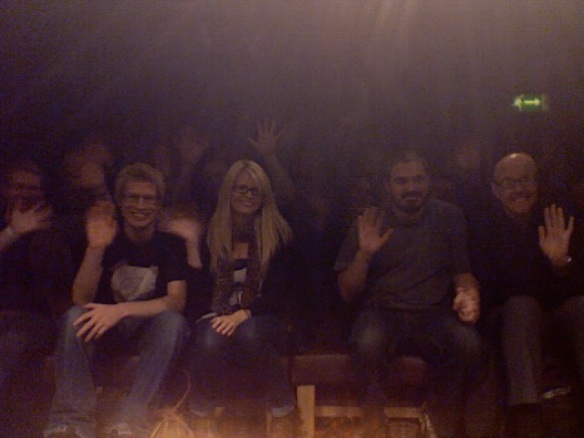 These pics just in, from Aramando: 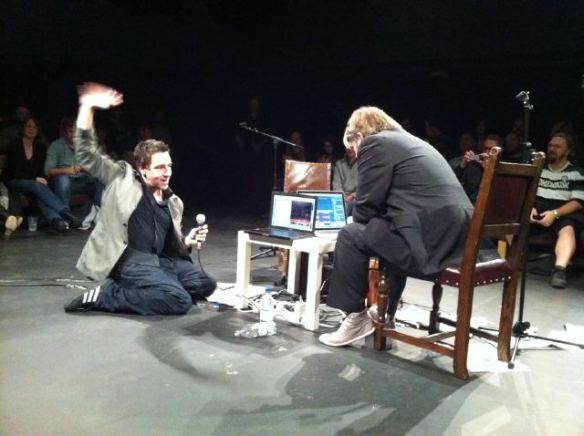